Throughout the history of the two Republics and their occupations, postage stamps have been used for revenue purposes. However, a large number of specific revenue stamps and marks are known. 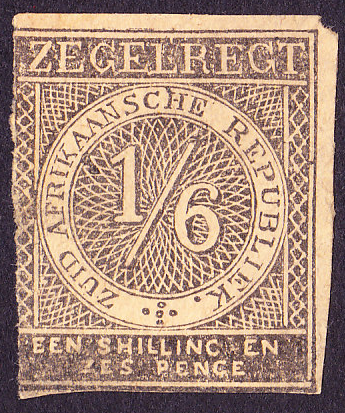 Revenue marks are known on documents from 1857. The first revenue stamps were issued in 1870, and were used until the first British occupation. An albino 1d embossing is known from 1875, but is scarce.  During the first British occupation, the revenue stamps of ZAR were overprinted V.R. / TRANSVAAL, in common with the postage stamps, and in a variety of settings.  In 1878 the “Bourne Head” revenue stamps were issued, using a larger design of the 1878 postage stamp designed by Herbert Bourne. 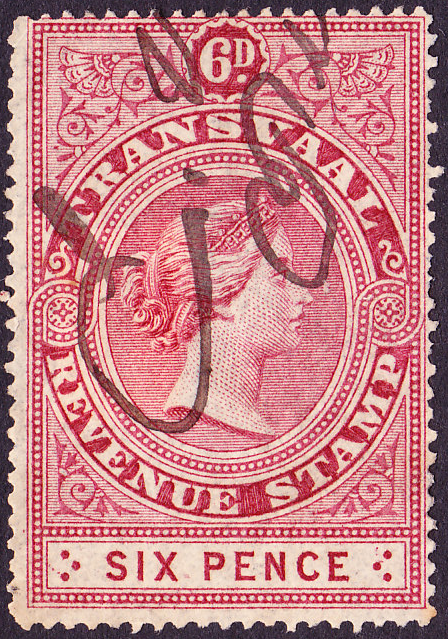 The Second Republic issued its first revenue stamps in 1884, a perf. 12 reprint of the 1875 First Republic issue.  In 1886, Enschedé printed a series of revenue stamps, issued in various perforation combinations, which remained in use until the end of the Republic. 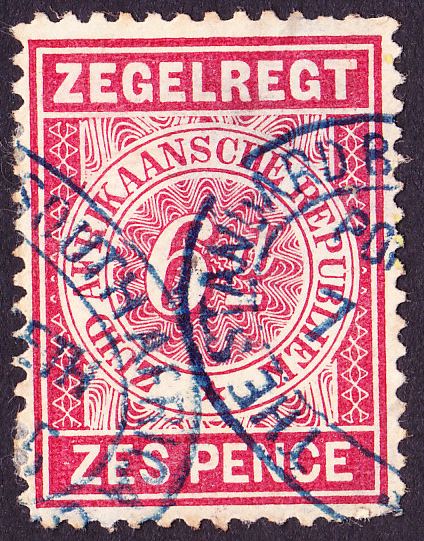 During the second British occupation, Enschedé revenue stamps were overprinted V.R.I. / TRANSVAAL. Some also saw use as provisional postage stamps during the Anglo-Boer War, e.g. in Zeerust.  In January 1901, Revenue stamps of Cape of Good Hope were overprinted TRANSVAAL, as was the final provisional issue of March 1902.  In April 1902, large-format revenue stamps inscribed TRANSVAAL featuring the head of King Edward VII were issued, printed by De La Rue and watermarked Crown CC.  In October 1906, some of these duties were further issued but with Multiple Crown CA watermark. 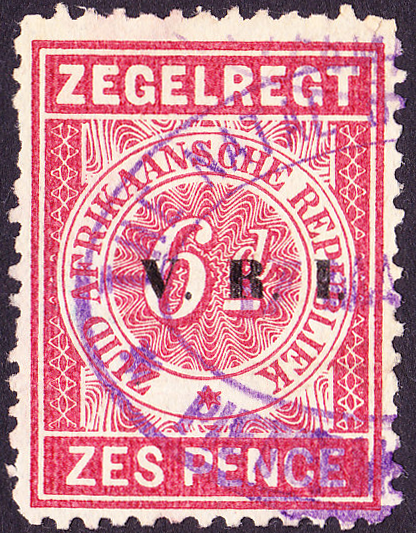 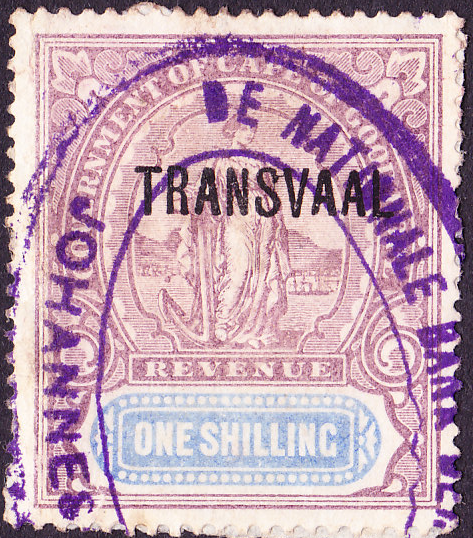 Customs permit stamps were issued by the Second Republic in 1893, 1894 and 1899.  Postage stamps of King Edward VII overprinted CUSTOMS DUTY were issued by Transvaal colony. Other colonial revenue uses included pass stamps, for use on documents controlling the movement of native labour during the colonial period. 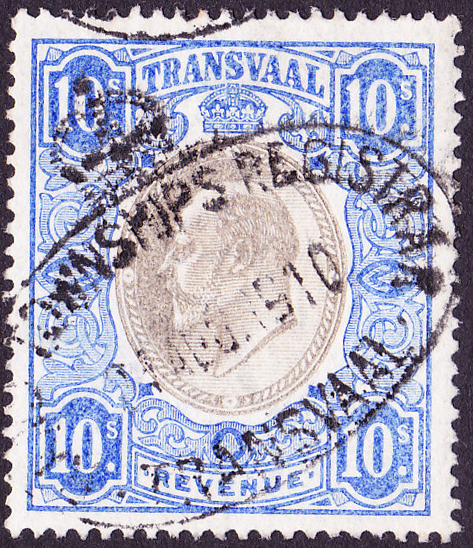 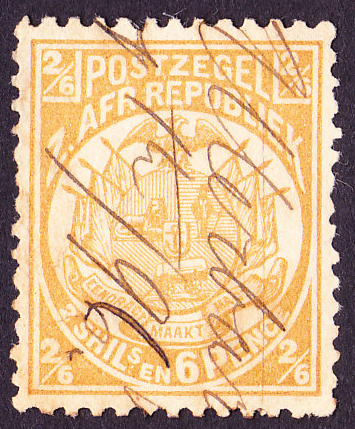 Postage stamps have been used as receipt stamps for telegraphs since the early 1880s, during all jurisdictions. Dedicated telegraphic stamps were used during the colonial period. 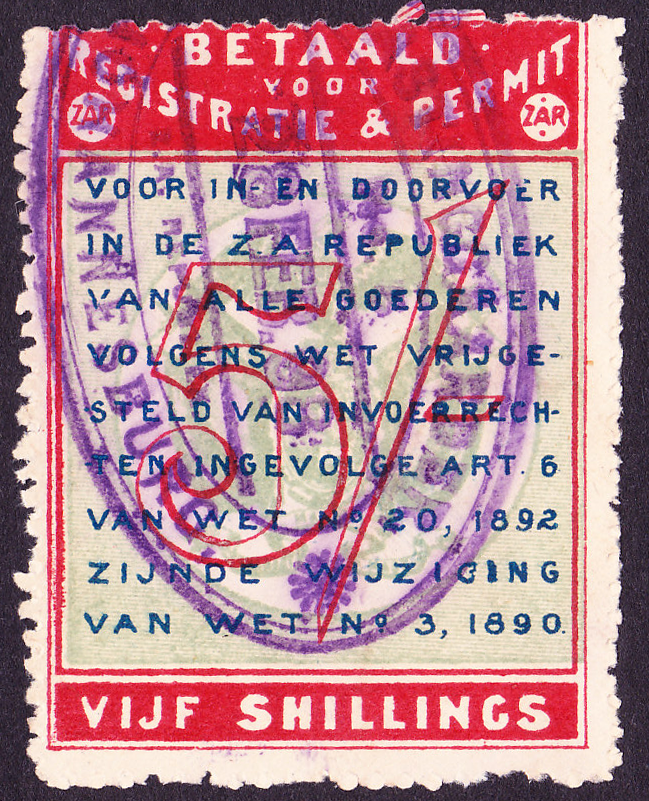 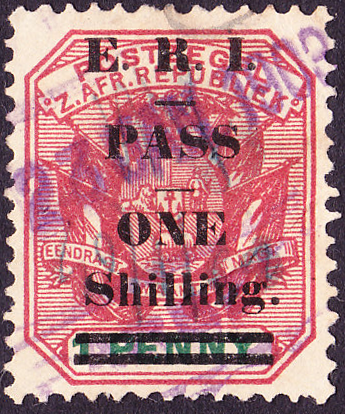