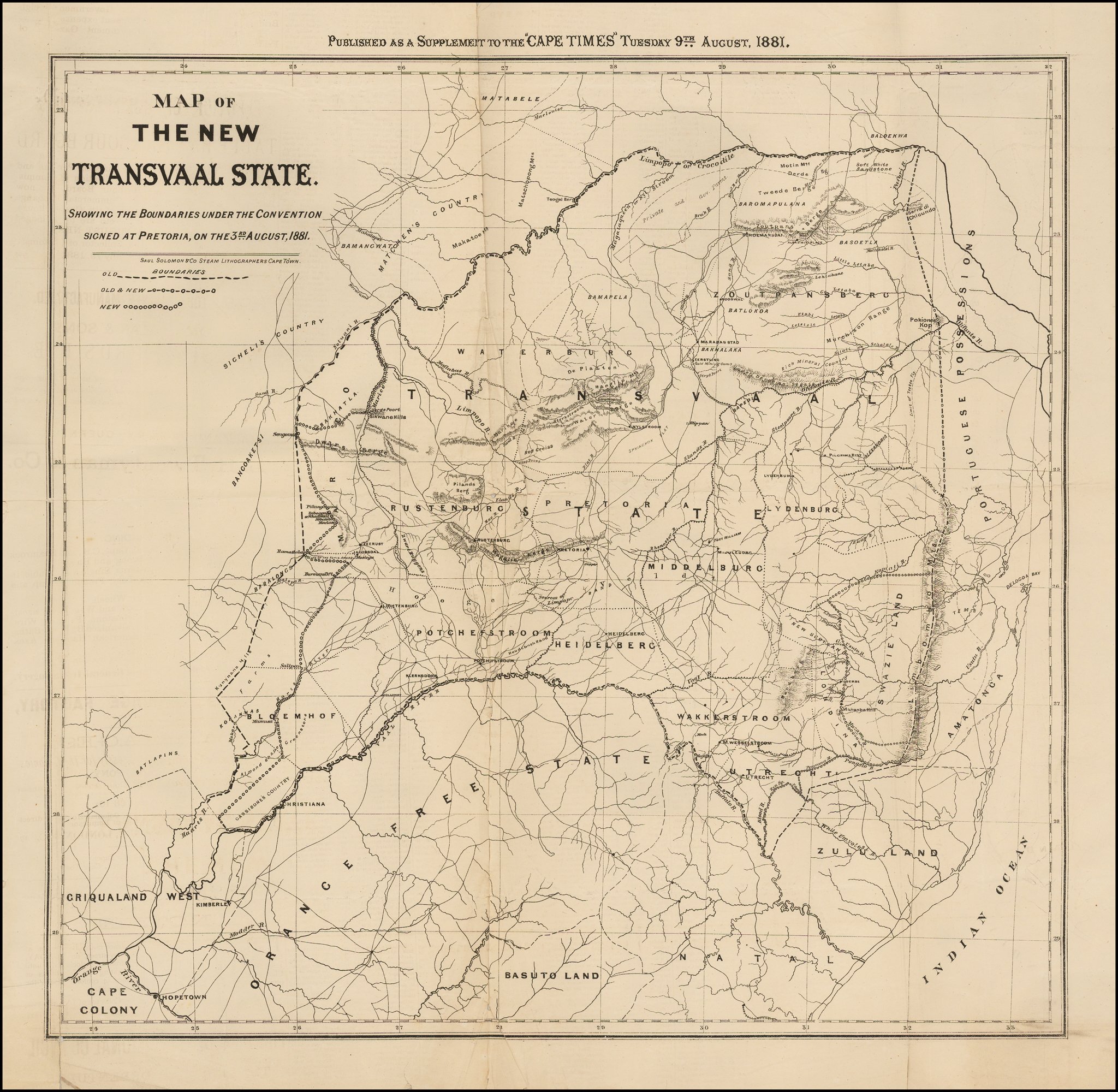 The South African Republic which was situated between the Vaal and Limpopo Rivers came into being in 1852 when Britain agreed to its political independence. Its initial European inhabitants were Voortrekkers or Boers of Dutch heritage who, in 1835, had left the Cape Colony which was under British rule since 1815. As the Boers were widely dispersed over an area almost the size of England, they developed a mailing system whose remnants are now very rare and still not fully understood. The discovery of diamonds at Kimberley heightened Britain’s urge to proclaim a confederation of all South African states and led to the annexation of the Transvaal in 1877. The Boers considered this action a violation of their sovereignty and defeated the British Army in a series of skirmishes after which their independence was once again acknowledged.

The discovery of payable gold at various sites in the Transvaal in the late 1870s and early 1880s, and the eventual discovery of the Witwatersrand Goldfields in 1886 led to thousands of fortune seekers and immigrants of European descent arriving in the Transvaal. The mining industry and the large cosmopolitan population led to improved communication systems between the Transvaal and the coast with railway and telegraph lines linking Pretoria-Johannesburg with Cape Town, Durban and Lourenco Marques (now Maputo).

In an effort to defend their interests and lifestyle from the inexorable immigration by Uitlanders (foreigners from outside South Africa), the Transvaal government was hesitant to grant the newcomers universal suffrage. This led to political unrest which was exploited by imperialists such as Cecil John Rhodes and in the end led to the Anglo-Boer War of 1900-02. With the Transvaal and its ally the Orange Free state subdued by 1902, the new British administration attempted to anglicise the postal service by printing new stamps for the Transvaal Colony. In 1910 the four British colonies in South Africa, the Transvaal, the Orange River Colony, Natal and the Cape Colony were united as the Union of South Africa. The Transvaal lost its sovereignty to the Union, but remained one of its four provinces until 1994 when South Africa became a fully democratic republic and the country was reorganised into seven new provinces. Today the main gold-producing area is situated in Gauteng Province whilst the remainder of the “old” Transvaal Republic forms part of other provinces.