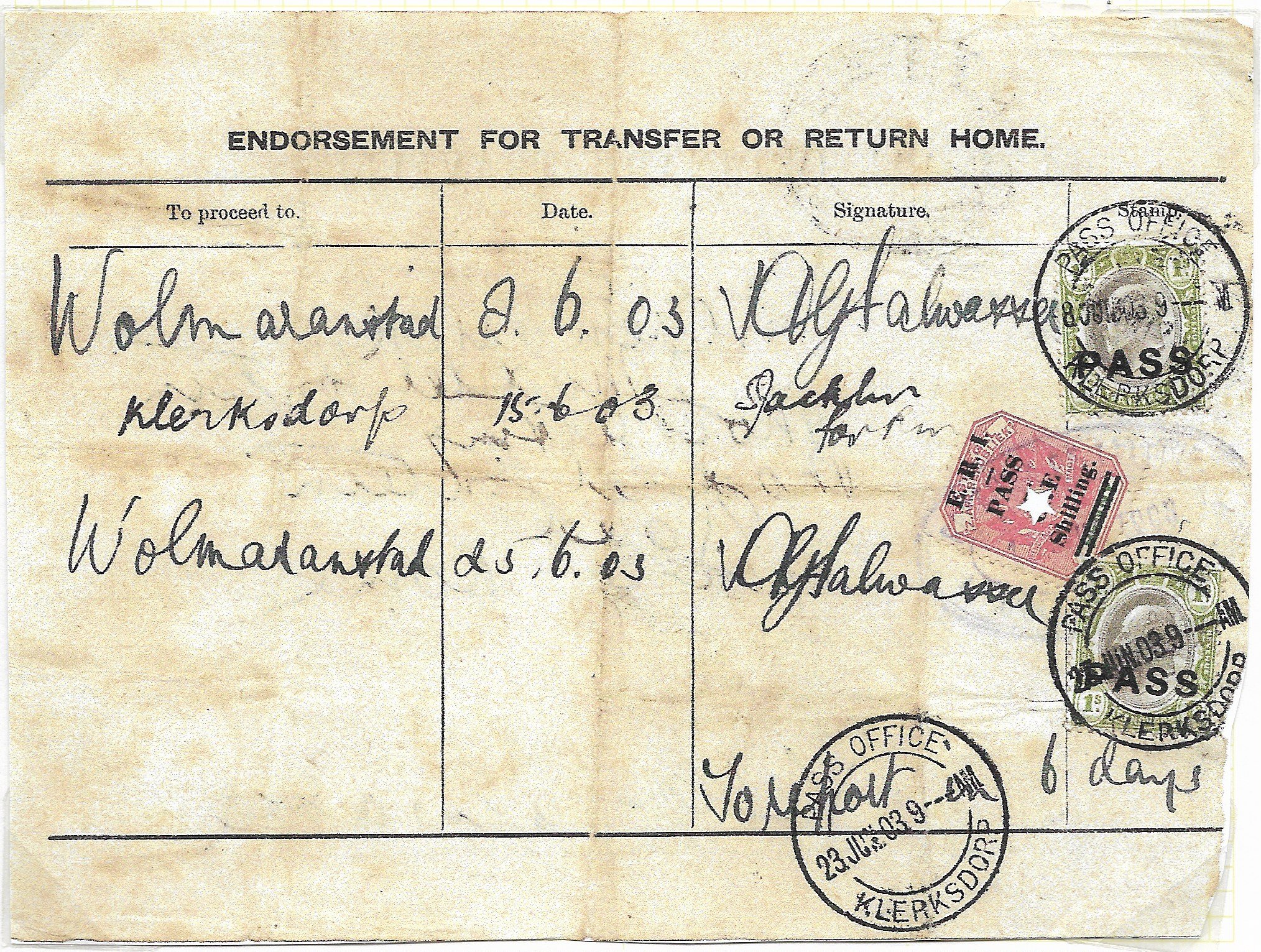 The need to continue paying fees to government had required existing stocks of fiscal stamps of the Second Republic to be overprinted V.R.I. Later Cape Colony fiscal stamps were also introduced and overprinted TRANSVAAL. The large format adopted for this new set of revenue stamps bearing King Edward’s profile. Revenue stamps in a range of values extending from 1s to £25 were also designed and printed by De La Rue in London for receipting legal documents and a series of fees for government services, such as those concerning landed property. Larger than ordinary postage stamps, the frame and King’s profile are printed in different colours. These do not match those employed by the other colonies. 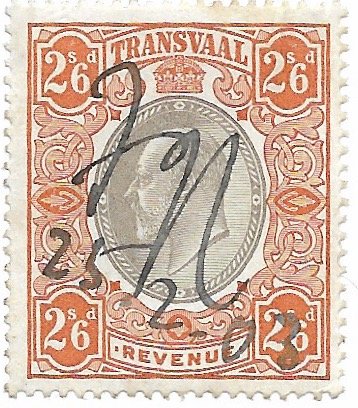 Apart from the stamps overprinted for C.S.A.R. there were several values of postage stamps overprinted OFFICIAL, PASS or CUSTOMS are found, ideally used on documents requiring small fees by stamps valid for revenue as well as postage. The document dated 1903 is probably one of millions which were carried by black travellers as identification. The star-shaped punch on the was taken over from the practice of cancelling and receipting payment in some government departments.