Born out of the ashes of war, the Republic’s finances were in poor shape until the discovery of gold in 1886 in the Witwatersrand.  Large influxes of uitlanders (foreigners) from across the world contributed to the development of these resources. However, the potential riches and their strategic location re-ignited British jealousy and Imperial ambitions. This, and serious internal discontent brought about by the ZAR’s treatment of all uitlanders (a majority of whom were British) as second class citizens sowed the seeds for the Second Boer War.  The botched Jameson Raid in 1895/1896 was a precedent to further British Imperial aggression against ZAR, and war finally broke out in October 1899.

The first stamps of the 2nd Republic were provisional surcharges on “Bourne Head” issues. In 1883, Celliers printed 1d, 3d and 1s duties using Otto’s plates. These were superseded in 1885 by the Vurtheim issues, designed by Joseph Vurtheim and printed by Enschedé in the Netherlands.  Shortages of popular duties such as ½d, poor supply lines and changes in postal rates resulted in a large number of provisional surcharges between 1885 and 1893. In 1894/95 the “Waggon with shafts” stamps were issued, but reissued with a revised design (the wagon with disselboom) in 1895/96 when it was pointed out to Enschedé that the Boers did not use this type of wagon! The design was re-issued in new colours (so-called “bicolours”) in 1896/97. In 1895, a 1d duty celebrated the commemoration of the 1d post. 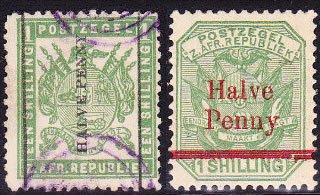 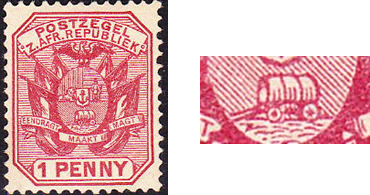 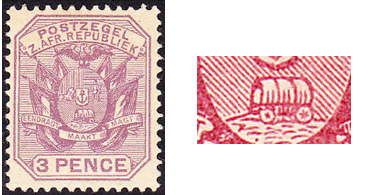 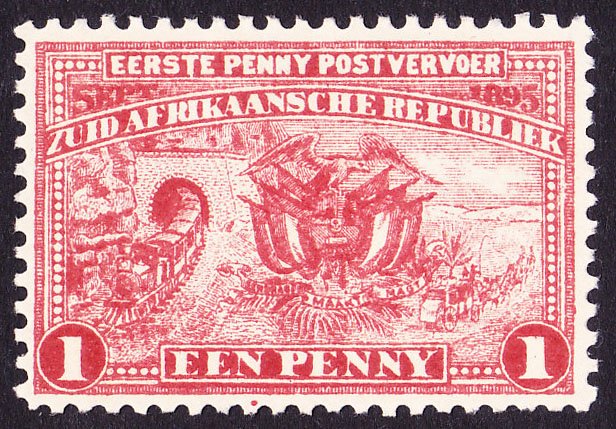